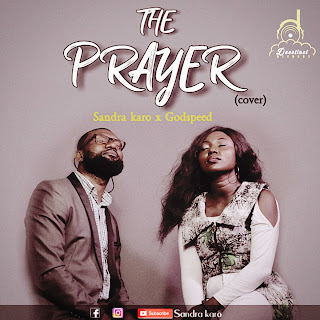 "The Prayer" is a song by Canadian singer Celine Dion and Italian tenor Andrea Bocelli. It was written by David Foster, Carole Bayer Sager, Alberto Testa and Tony Renis. "The Prayer" was originally recorded in two solo versions for the 1998 film Quest for Camelot, in English by Dion and in Italian by Bocelli. Also performed by Donnie Mcclurkin and Yolanda Adams both in English. "The Prayer" won a Golden Globe Award for Best Original Song and was nominated for an Academy Award for Best Original Song in 1999 and a Grammy Award for Best Pop Collaboration with Vocals in 2000.

This song inspires me in so many ways, it's a prayer to be loved and to love, for a better society and in uncertain times like these, it's the song we need to listen to
– Sandra Karo