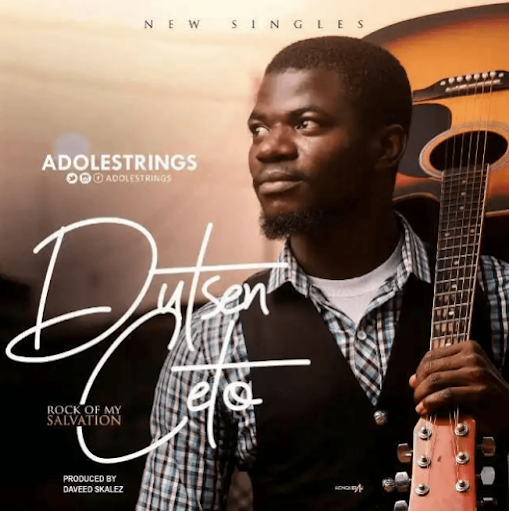 Adolestrings, who goes by the name Godwin Gabriel, A writer and singer of the song “Overcome” is here again with another Spirit birthed and soul lifting song titled “Dutsen Ceto”.

Dusan Ceto basically implies Rock of my Salvation in Hausa dialect. The song is a soothing melody inscribed in English, Hausa and Idoma elucidating the Unchanging nature of God.

Guitarists have this aura for instilling the spirit of their songs on their audience, Adolestrings has obviously capitalized on that and has done a good job extolling the unchanging personality of God.

LYRICS:
Though times are changing you never change
Through ages past you are still the same
Ancient of days brighter morning star
Almighty God that is Who you are