SO ABOUT LEARNING TO PLAY JAZZ... 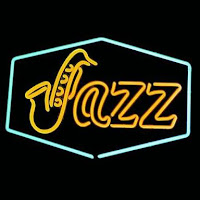 I have heard many instrumentalist say they wanna learn how to play jazz music possibly because jazz is just something many musicians want to associate themselves with because it is cool i guess. yea, i am a huge fan of rock but i've also been in  that position where i've made that same statement about learning jazz but here's what Mr Oseghale Idialu Iredia popularly called baba ID thinks. so just you know, ID is one of the finest instrumentalist i've met , he's just not into the whole popularity shebang. i knew him from my university days.  like they say, likes connects with likes, hes a genius. so here is what he's saying...


''The point I am trying to make is this. The music genre we naturally enjoy creates feelings for us.  What I mean for example is; if on the night you broke up with ur girlfriend, you were listening to "April in Paris" by Louis Armstrong, the next time you hear that uncommon song, it would remind you of something. It would either remind you of the best lady you never married or a good riddance to bad rubbish. Now that's what music does. But the mistake instrumentalists make is that they cannot stand listening to Charlie Parker's "the bird" for a minute yet they wanna play jazz.
Back in University of Benin, I was the only guitarist who owned an archtop. Virtually everybody else owned electroacoustics. you could see them under the trees from 7pm till mama calls, playing r&b music to catch the fancy of a nubile female. The only time you saw me with my guitar was if i were on my way to or back from a concert. Jazz musicians don't entertain a single person audience, and not in an environment as obscure as under the shades of a terminalia catalpa tree too. 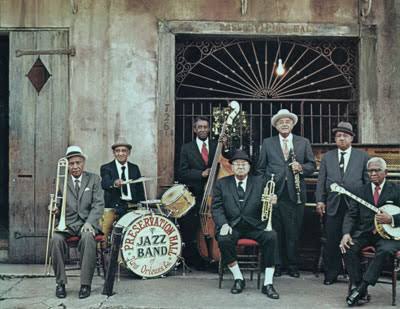 Jazz is therefore both a genre and style of music. The easiest way to learn to play jazz is to learn to listen to it first. I could decide to mention 50 jazz or blues musicians that you might not have heard of. One day I was viewing George bensons one hour video lesson. At a point, he mentioned the names of the people that inspired him. In case you play the guitar, he talked about tal farlow, Charlie Christian, django Reinhardt, Wes Montgomery,  Joe pass etc. I got really interested in these people. It wasn't until I had downloaded tons and tons of their videos and audios that I discovered just how they collectively inspired him.

Benson is a consummate guitarist who can play both vertically and horizontally on the fretboard. As for the uncommon vertical strength, he got that straight from tal farlow. Benson plays at lightening speed. When you listen to django Reinhardt, you won't be surprised. Benson plays octaves and double stops. He stole all that from Wes Montgomery himself. His gross harmonic strength comes from the short lived Charlie Christian. At a point, I dropped George and went for his mentors, but that was like driving a manual transmission vehicle. I was switching myself. Rehearsing with Benson, was like driving an automatic since he is an appropriate sum total of these great guitarists already. I could give u the history of jazz music any day of the week without blinking an eye. I dress 60s jazz even to work, I behave jazz. So if you ask me, I would say that knowing how to play jazz music entails just 20% of rehearsals initially, 30% of study and 50% of listening and viewing.  Most of the phrases I apply on the guitar were excerpted from trumpet works by Gillespie and sandover. Its not instrument specific. I play the drums a little, the piano, the bass, the saxophone( with preference for the tenor) the harmonica and basically, the guitar. Whenever I sit down to improvise on the piano, it usually amazes my pianist who isn't in the same class with me by any means of comparison.

I have listened to every piano jazzist and albums. Those days, bob James "restoration" was my best track. I have eaten chick corea,  art Tatum, Michael camillo, Oscar Peterson, Joe sample, George duke etc. I play bass in church whenever I choose to. The bassist in my church was my student about 3-4 years ago. I inculcated the art of listening into him, now he is one force you wanna reckon with on the bass. I have listened to assists such as jaco pastorious, Marcus miller, Richard bona, bright gain etc Wooten doesn't really groove so don't be angry I didn't add him. I don't play the trumpet, but I had spent quality data listening to miles Davies, dizzie Gillespie, Arturo sandover, Louis Armstrong etc. On the Alto saxophone, I listen to Dave koz any day of the week. On soprano, I love Dave koz, kirk whalum etc. On the tenor, I love James Carter,Joshua redman, Grover Washington, Dave sanborn, Gerald albright, kirk whaling john coltrane, Scott Hamilton etc. On the guitar, the list is endless. First on blues guitar, I love jimmy Hendrix, bbking, Stevie ray Vaughan, Eric Clapton etc. On blues rock, I would take Eddie van halen. On metal, I love eumggie malsteem, Joe satriani, Steve vai, Michelangelo, mike tremotis etc. On jazz guitar, I love George Benson, Norman brown, Joe pass, django Reinhardt, Charlie Christian, tal farlow, Wes Montgomery, earl klugh, etc. I cannot over emphasize the point. But the truth is after consuming so many jazz tracks and albums, your ears would already be tuned in the right directions even though your hands and legs aren't yet. This helps you to know whether an intending teacher really has a harmonic root or is just blabbing. 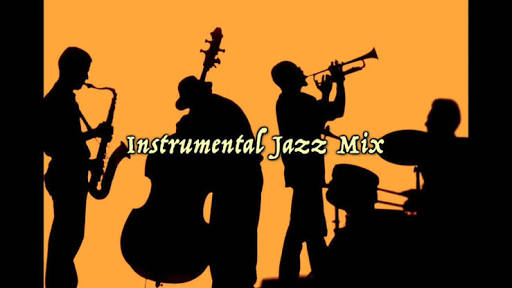 Jazz has been defined as a musical genre that originated from African American communities in the united states during the 19th and 20th century. It is characterized by sycopation, improvisation and usually a regular or forceful rhythm. What appears to have confused some persons, is the fact that like every other musical genre, this greatest musical genre too has suffered or enjoyed, depending on your view, a lotta modifications over the last century. I won't trouble myself with the rigmarole of employing a chronological approach to expose these changes. However, in the mid 1940s and late 1905s jazz styles such as bebop and free jazz were developed respectively. If u are trying to play bebop for example, remember that its somebody's traditional song the way juju, Afro, Fuji, ariaria, ibio, etc are traditional to the people of Nigerian communities. A lot of persons have asked me how they can best easily begin playing jazz. Some have tried studying it with a brash academic approach because it originated from America. Anyway, blacks like you and me developed it. Now, lets deviate a little to study some native musical styles and their respective flavours. If i compose a song with bebop flavour and igbo vocals, that song is of bebop ethnicity. Point established: the flavour determines the music. Now, our highlife music in the 60s-70s were played by veterans such as commander ebenezer obey, king sunny ade,ik dairo,  sir victor olaiya, the late fatai rolling dollars, Orlando owoh, oriental brothers, mike ejeagha, sir victor uwaifoh, sunny okosun etc. These venerable men played undiluted high life music. They had their own bands, little education throughout most of their musical careers, and played their instruments professionally. They were honoured and respected all over the world for whom they were. Today we don't have all those musicians basically anymore. The high life in Nigeria has been left to the uneducated.

In the same Vain, jazz music has spread to all over Europe and the universe as a whole. That's why it While the Europeans developed scales, beats and choos to create new styles under the same genre, we sung the same songs and danced differently to them.'' says ID 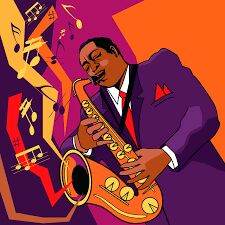 doesn't have a particular scale apportioned to it. It all started with new Orleans jazz. Jazz started facing modifications when improvisations started developing. For example in the 40s trumpeter dizzie Gillespie and Alto saxophonist Charlie parker developed a jazz style known as the bebop. Louis Armstrong developed the swing. George Benson created the modern jazz guitar solos that we play today. These men were full time musicians who played jazz until such times as they were inspired to create a style. These styles they played in saloons, clubs, Honky tonks, bars, night clubs etc till they became popular. I would have compared them to Nigerians except that Nigerians only create dances upon musical genres that a few prodigies suffered to developed. Marvelous benji created the "suooo", psquare created the "alingo", olamide created "shoki" and "shakitibobo", olu maintain created the "yahooze", iyanya created "etigi" daddy shoki produced the "galala", davido created "skelewu",  mc galaxies created the "sekem"etc.

My advice therefore is, rehearse jazz tracks, but first listen to ton and tons of them while doing a research on the lives, childhood, music careers, choice of instrument type and brand etc. It would shock u to know that even though George Benson signature guitar models sell hot for ibanez, he does his favourite tracks with his 1951 d'angelico archtop. So what does that prove?...

So what do you think about learning to play Jazz? Tell us in the comment section below
Labels: George Benson Idialu Oseghale jazz jazz guitar music tips