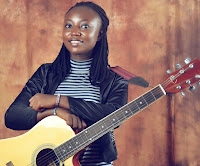 She hails from Edo State and had both her O’ level and A’ level in the ancient city of Benin. She then proceeded to the University of Benin where she graduated with a BSc in Soil Science.

Her passion for music started at a very tender age as a chorister in the church. Her live performances are electrifying, thrilling her audience with her voice and the guitar. She has also served as a Choir Director at different levels in church. 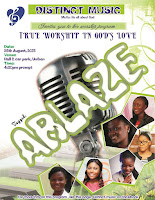 She is the leader of an all female music group called "distinct";a gospel group that seeks to bring true worshipers together in an atmosphere of worship and praise. in 2014, they hosted the maiden edition of true worshipers in God's love. The success and testimonies from the concert encouraged the group to press onward and in 2015, they held another concert themed "ABLAZE". The distinct music group is a  team made to pass distinctive messages to people around the globe through songs. they are a group called to reach out to people through true worship in God's love..and this is mainly done through worship.

Sandra is a singer, composer, teacher and writer, who has an apt for affecting lives for God. Your love” is her debut song. It is an inspiring song that reaches to the very heart of the God seeker. It speaks the words of the loved to the one, the love, our Father and our King.