The Making of Charisma in Music 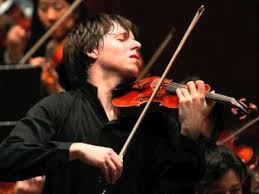 What is Charisma?
What is this magical mysterious quality that attracts us with such a powerful magnetic force? Is it possible to teach and learn charisma? Musical pundits describe it as a pure, mystifying gift – unobtainable unless you’ve somehow always had it. However they are perhaps better at describing what it is not, agreeing that it cannot be created by mere virtuosity and flawless technique. However, the question remains: as performers, is our charismatic appeal automatically created – or constrained – by some intangible force of nature arising at the time of our birth?
I don’t think anyone has completely unravelled the mystery, but my teaching experiences have shown me that many of the contributing factors can be taught and learned, giving rise to authentic charismatic performances. Some of the factors are surprisingly simple.
Beyond the music, we have to learn and practice the art of performance until it became spontaneous and natural. It led me to ask myself: can we teach young players and singers to perform with charisma? Now I truly believe so. For genuine charisma to emerge, important skills must be learned and practiced in addition to the music. In other words, the right ingredients must be there first.
Interviewed in her film, Portrait, Anne-Sophie Mutter recalls von Karajan’s response to her audition to play (at 13) with the Berlin Philharmonic as, “come back in a year” or words to that effect.


For professional musicians, the first obvious step is to make sure the piece is relatively perfect – confidently accurate at the right tempo and securely memorized. For this reason we choose solo pieces that the student has been playing well for some time; at least 6 months. A year is better. Then I ask the student to play the piece for me and some of the other teachers, in the presence of the parent. If we all agree the student is ready, we conduct a series of mini masterclasses with them, working mainly on musicality and expression.

Times have changed. Almost any body movement when playing was once considered excessive and showy, but music is not just sound, it is also visual. It comes from living musicians who move and breathe with the music. But there is also a cultural factor – take a look on Youtube at the contrast between the way Yehudi Menuhin and Janine Jansen move in the Mendelssohn Concerto in E Minor. We resolved to teach students to move with the music from the beginning. Even 3 year olds love to move. Over time it becomes a natural part of expression, amplifying emotions such as drama, energy, calm, pathos and humour in the music.
Because charisma has such a strong visual component, wearing the right clothes helps to spark it off. Take time in selecting clothes to suit the performance. It’s no accident that the most charismatic performers dress well. On the other hand, many professional musicians turn up on stage poorly dressed – too conservative or with wrong shapes and colors, exaggerating the body in an odd way. Perhaps they should ask a Parisian – or at least someone who dresses well. Don’t choose your own clothes.
Your performance begins whilst you are still off stage. Walking on to stage you are already communicating with the audience. If you step confidently with a welcoming demeanor, the audience will be with you – even before your start singing or playing. Practicing the walk on to stage also minimizes and eliminates nerves. 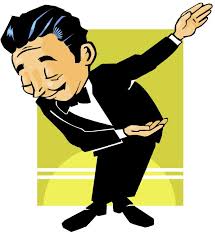 The friendly unrushed bow on center stage is the musician’s opportunity to greet the audience with genuine appreciation for their presence. It is more natural to look towards the feet when bowing. It is preferable to  hold for a count of three, before arising quickly with a smile.
Too many performances are tainted by poor and unusual posture. Drooping instruments, strained necks, open mouths are ingrained habits practiced unknowingly and can be an unwelcome distraction to an otherwise good performance. There’s little point in trying to fix them up on stage. Attractive playing posture is an integral part of studies. Play in front of a mirror sometimes.
The ability to project well into a large space takes practice. Musicians know that making a larger sound means practicing for more tone resonance either in singing or playing. Professional soloists work hard to produce a big and beautiful tone, one that has the power to reach the far corners of any auditorium. They can then adjust their projection to suit the space.
This leads me to related point. Rehearsing in the actual performance space is good professional practice, because the hall or room space forms part of your voice or your instrument's, with a large influence on your sound and confidence.
A good finish is as important as a good beginning, e.g. Is the ending dramatic, graceful, or fading into silence? As with every consciously acquired ability, they are achieved by mindful and guided practice, one skill at a time. Stars are made, not born. (Just ask their parents.) We are born with our personality, our view on life, our take on the world, to colour our star in our own unique way, illuminating our music with our own distinctive light.
Labels: music tips